A Time to Listen

Last Updated by Ruth Stonesifer on 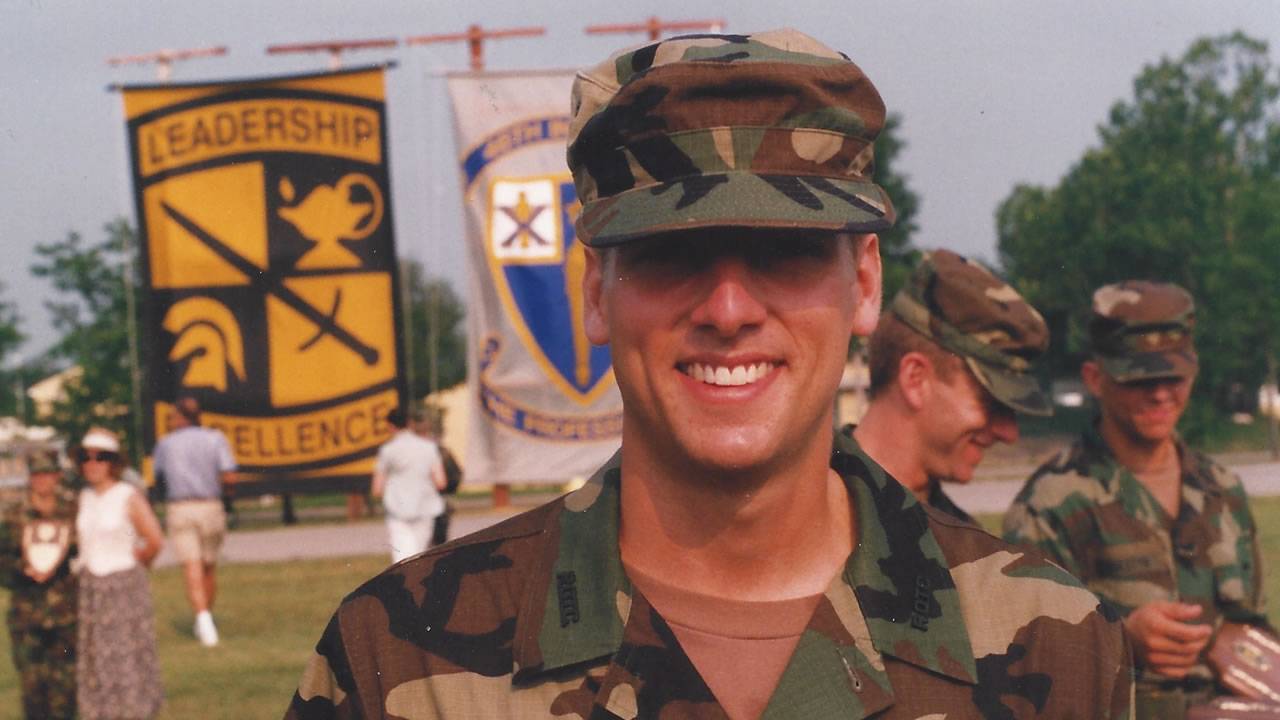 My son Kris, an Army Ranger, was one of the first killed in action on October 19, 2001, in Operation Rhino, our first incursion into Afghanistan right after 9/11. Kris had been in Ranger School during that attack on American soil. When I finally got to talk with him a few days later, I asked him what his views were about the attack on our country, and he simply replied that a “lot of good men were going to die.” Little did I know how profound that observation was going to be for our family and many others since 2001.

It took about six days from the dreadful notification until the plane came into Philadelphia with his remains. With that amount of time you think you will be prepared but it all seems surreal with the first glimpse of the flag draped coffin coming out of the belly of a commercial airliner. Ceremony takes on a familiarity that you are grateful to follow so you don’t fall apart. When I could look past the Rangers caring for my son’s casket and glanced up, I could see that all the construction workers at the airport had stopped and placed their hands over their hearts. That was the "real tribute" I remember that day — total strangers paying respect for a fallen soldier. 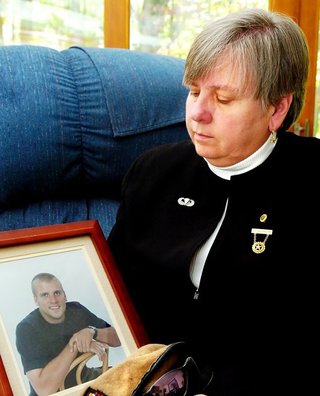 Ruth Stonesifer holding a photo of her son, Kris I know it is sometimes difficult for people to understand why someone would put him or herself in harm’s way by joining the military. And everyone’s reasons are different, but I can try to describe Kris’ experience. He walked down a different path in life than most. He grew up in a world of Star Wars, read fine literature with delight and wrote in journals his thoughts about life. He found himself drawn to the study of philosophy at the University of Delaware. Kris thought in complex terms and yet lived a simple life treasuring each moment as it came to him. He tried very hard to avoid joining the establishment and yet decided to join the ultimate establishment, the Army, at age 27 to do the fun stuff like jumping out of airplanes before his body wore out. He was having the time of his life as an Army Ranger.

Some of my fondest memories of Kris have to do with his coming home from time he spent at a survival school in the New Jersey Pine Barrens. These weeklong classes taught students how to live off the land and create their own tools for survival. Kris learned several methods for making fire, building shelters, tracking animals and foraging for food. His definition of the ultimate job would have been to become an Indian Scout, before Columbus ever set foot in the New World. Kris learned to walk and use his body with confidence and grace. It was all coming together, the 75th Ranger Battalion training, and his natural abilities. On his last visit home, I noticed that when he walked through the living room to sit and talk, I never heard his shoes touch the floor. I only sensed the motion as he moved smoothly past my chair. He was like an owl taking flight, gliding effortlessly and silently through the air.

A few weeks after Kris’ death, I received his last letter home he’d written to the family from on board the Kitty Hawk before they took off in the Blackhawk helicopters. He said, “I don’t know if you’ll ever get an explanation of how or why I died. I’d like to think I died for something important or vital to the mission here. But I don’t think it is. It’s just a ‘gravy’ mission and I fully expect to come back without firing a shot. So if you are reading this something went horribly wrong or it was just a bad luck Murphy’s Law type fluke. All of you are in my thoughts. I’ve had a good life and I’m happy to have spent it with all of you. Love Kris.” He had done a lot of thinking about life and death in his readings and personal studies and so it did not surprise me that his letter read in his typical matter-of-fact, no nonsense style. If I had to describe him — it was that he was comfortable with his own death. He strived to understand truth, “I want to be happy in truth or miserable in truth. But either way I want the truth, the phenomena that comes with it is beside the point.” I think he knew I would struggle with his death but would eventually see it through his mind’s eye. 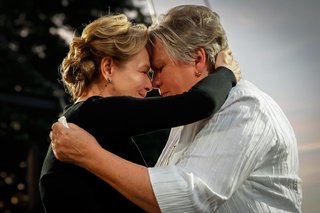 Dianne Wiest embraces Gold Star mother Ruth Stonesifer after sharing her story. Like many in my generation, I did not know what a Gold Star mother was when I became one. Four weeks after Kris’ death at Thanksgiving, my oldest son said that he had filled out the application for my gold star pin. I was holding my five-week-old grandson (Kristofor) at the time, so I just put that thought on the back burner as I bonded with this gift of new life. I did go home and Googled the term and found the American Gold Star Mother website with an address to send for an application. About two months later a Vietnam era Gold Star Mother called me and invited me out to lunch to talk with three women in my local chapter. With over 90 years of experience between the three of them in dealing with the loss of their sons, I finally felt someone understood me living in my “new” world. I thought that I would have loved to have one of these moms present at my son’s memorial service so I would not have felt so alone. When I became more involved in the organization this became one of my goals to get Gold Star Mothers to local funerals to reach out and let them know we are here when they are ready for us.

The organization began during WWI when Grace Darling Seibold’s pilot son was lost in battle over the battlefield of France. She thought he might have been returned and was in shell shock. So she went to Walter Reed Hospital just a few blocks away from her home in DC to see if she could locate him and there she met other mothers looking for their sons in the aftermath of a horrific war experience. They all soon realized that these wounded veterans at Walter Reed were in fact “all of their sons” and started this national organization of American Gold Star Mothers, Inc. to volunteer in hospitals to help veterans.

After Kris’ death, my involvement with the American Gold Star Mothers was extensive. I even served as National President and the Service Officer. My work was inspired by Kris’ service and the dedication of the other Gold Star Mothers. By doing the work of healing, I learned that even when nothing makes much sense to us as we fall into a very dark place, we have to trust that an "open door" will eventually reveal to us how we will find a new purpose in what appears to be an empty life. Those new opportunities take us on journeys we never could imagine just a few short weeks after hearing devastating news.

I believe that Kris would not have wanted me to sit at home the rest of my life lost in grief. I am awestruck at the many amazing gauntlets that Gold Star Mothers have picked up and run with that hopefully would have made our fallen heroes as proud of us as we are of them. I for one have a lot of catching up to do with him on that account.

When I am asked now, “What would you say to a mother who has recently learned of her child’s death in the military?” the answer for me is clear. I’d say, “I am sorry for your loss.” Then it is time to just sit and listen. 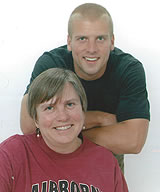 Ruth Stonesifer served as National President of American Gold Star Mothers from 2009-2010. Her story was featured on the 2014 National Memorial Day Concert. Ruth is also a proud mother of retired Army Chief Warrant Officer Frederic Stonesifer, and three grandchildren and one great-granddaughter.