Last Updated by Jack Farley on 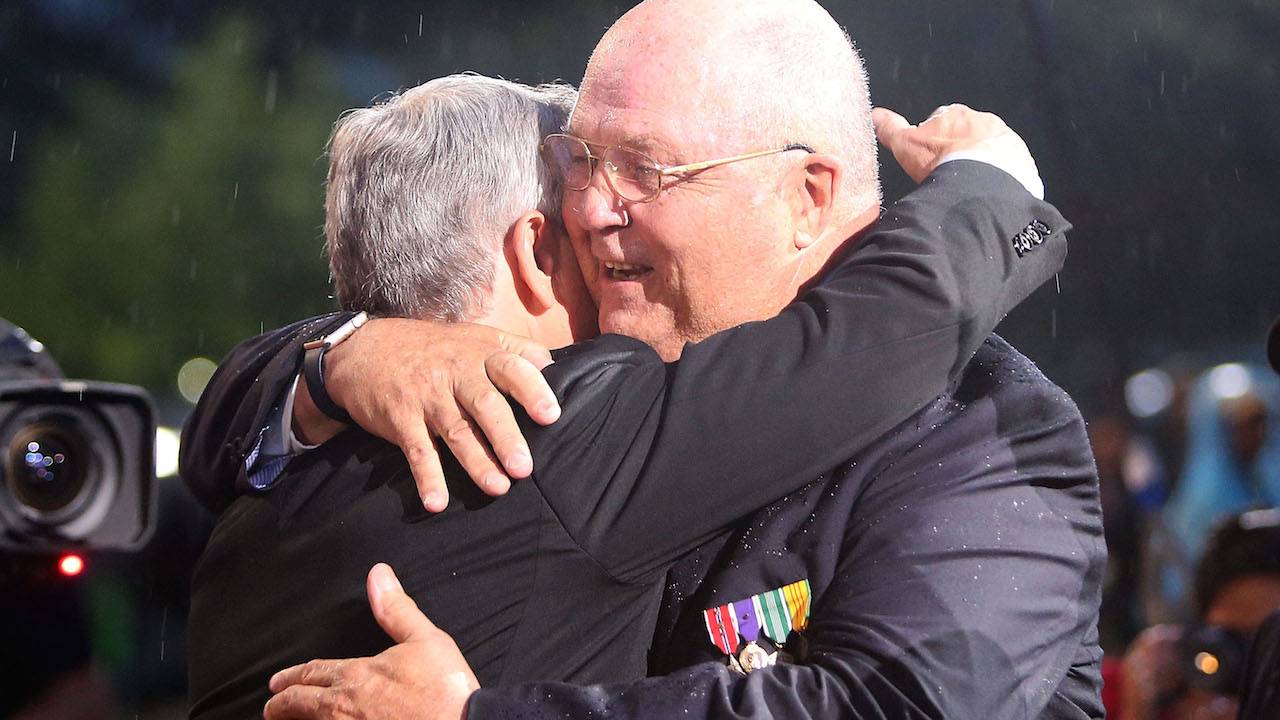 The 2016 National Memorial Day Concert shared the story of Vietnam veteran Jack Farley, who lost his right leg above the knee after an enemy mortar attack on January 10, 1969. Despite being an amputee, Farley refused to let his injury define him for the rest of his life; he married his sweetheart, whom he met on a blind date while a patient at Walter Reed, went to law school, became a litigator at the Department of Justice and then a federal judge.  Along the way, he and his wife had four kids and, to date, 13 grandkids. A generation later, Jack would find himself consoling and comforting our wounded veterans from Iraq and Afghanistan who, along with all those with seen and unseen injuries suffered in the line of duty, have become our living reminders of the costs of war.

Facing the future in the aftermath of a life altering injury is an experience that is difficult to describe both for the affected and their families. Jack’s parents learned about his injuries and his subsequent recovery through a series of letters Jack sent home from hospitals during his rehabilitation. Jack graciously shared these letters and below you can read about his recovery in his own words:

Dear Dad- MY WAR IS OVER - got hit by a mortar at 11PM on [the 10]th! Evacuated to Cu Chi + was examined, x-rayed, & then operated on. Lost lots of blood (took 5 pints to get pulse). Legs are in worst shape, though no permanent damage expected. Leave for Japan tomorrow AM - outside chance I'll be stateside in a couple of weeks. No vital organs hit - In fact, damn lucky. It wasn't my time. Sore as hell, tho!

Will write when I get address.

Got to Japan last night at 6 PM (It was a six-hour flight) and came to the hospital this AM. Here they re-x-rayed all over - took all sorts of tests and Thursday (16th) they will put me under anesthetic and take off the bandages and splints and perform whatever is necessary. I have no idea what my legs look like - they are sore but no one thinks anything major is damaged.

The way stops (Cu Chi, Ton Son Nuht, Tokyo) are a lot nicer than this place, but with luck, I'll be here only a couple of weeks.

Not much else - just wanted to write and keep you informed.

I thought I'd better write to enable this letter to get to you quickly.

After yesterday's operation the results and my status are clear.

1 - left hand - 3 fingers still numb, but getting better - will be OK in time

3 - Left leg - wounds all closed and stitched except one on left hip which is being drained and doing well. The numbness in the left foot & toes is also probably due to bruised nerves as is the left hand (I hope). 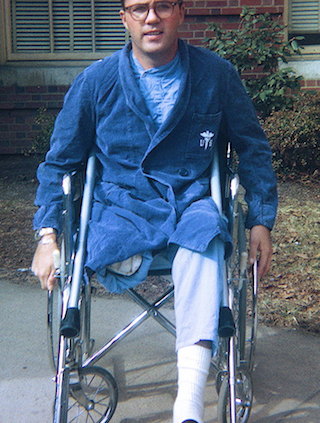 Jack Farley shortly after surgery.4 - Rt leg - was cause of the fantastic 104+ fevers over the past week - there were major blocks in circulatory [and] nervous systems, as well as a lot of dead tissue. I knew it was in bad shape - a couple of buddies told me so when I was at Cu Chi. So I went into the OR yesterday and came out minus one right leg. They amputated from just above the knee. It wasn't planned on, but some gangrene has set in, so . . . . . . Feeling better thanks to that fever having subsided. The cause of it was the infected leg, so now no leg, no fever.

That should be the extent of any major crisis - now time for healing and learning to use an artificial leg. Looks like I won't be getting out of the Army on or before 24 APR.

Received last rites yesterday - a strange experience, but with the amputation, I went to a new list - "seriously ill" - which qualifies me. I enjoyed that sacrament - really quiet, but powerful. Crisis passed quickly - and I was of[f] the list the next day. Priest brings around Communion daily too.

Good luck breaking the news [to Mom and the kids].

For those who have not been in a situation like Jack’s or had a loved one who has had to struggle with the wounds of war, it is difficult to fully understand the vast challenges veterans and their families face in the aftermath of war. The task then becomes to listen to their stories, allow them to grieve what is lost and find ways to serve for them as they have served for the nation.

Learn more about volunteer and donor opportunities, and contribute. 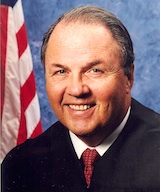 Jack Farley served in the U. S. Army from 1966 until 1970, when he retired as a captain with 100% disability as a result of wounds received during combat in Vietnam. His decorations include four Bronze Star Awards (three with "V" Device), two Purple Hearts, and the Army Commendation Medal. After retiring from the Army, Farley was a trial attorney in the Torts Section, Civil Division, U. S. Department of Justice and from 1978 to 1980 he served as Assistant Director of the Torts Branch. In 1989, Jack Farley was nominated by President George H. W. Bush and confirmed by the United States Senate as a Judge of the United States Court of Veterans Appeals for a term of fifteen years. After serving the Court in recall status for seven additional years, he retired in 2012.