The End of WWII: Commemorating the Allied Victory

Seventy years ago, the Allies' victories in Europe and the Pacific finally brought an end to World War II. Even as the world celebrated, our nation bore devastating costs: over 400,000 U.S. troops killed serving their country; more than 60 million men, women and children lost worldwide.

Life on the home front changed dramatically as families mobilized support. For the first time in U.S. history, women officially became a part of the armed forces and bolstered the ranks of our military, serving as mechanics, administrators, technicians and nurses. Women workers met the high labor demands of wartime manufacturing. Vacant lots turned into gardens to supplement rations. Even children ran drives to collect scrap metal, bottles and rubber. And all the while, families prayed for their husbands, fathers and sons to come home.

The 2015 National Memorial Day Concert paid musical tribute to the men and women whose sacrifices contributed to the Allies’ victories. We welcomed onstage World War II veterans — among them, Lester M. Bornstein, retired as a corporal after serving in five campaigns from Normandy to Czechoslovakia — whose stories inspire yet another generation.

Lester Bornstein’s Story — In His Own Words 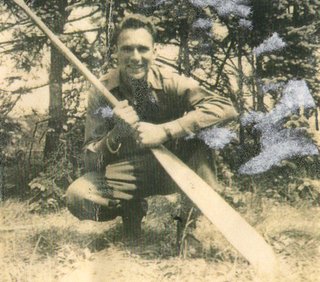 Lester Bornstein in a photo taken shortly after ferrying soldiers across the Rhine River. “I was drafted in 1943 at age 18. Served as a member of the 168th Engineer Combat Battalion. Landed in Normandy the first week in June. Saw action in the liberation of Brest and Cherbourg and was attached to Patton's Third Army as it raced across France and participated in five campaigns. It was the next campaign that was the most harrowing, since our area was the site of the biggest battle of World War II, where the Germans launched their massive offensive — to be known as the Battle of the Bulge — on December 16, 1945. Jim Hill and I knocked out the leading tank as they approached St. Vith. This action held up their objective for five days, and we were awarded Bronze Stars for valor. The next big action for our battalion was the supposedly secret crossing of the Rhine River on March 25, 1945, in assault boats at midnight. I was captain of one of the boats ferrying infantry across to the enemy far shore. I was ordered to take three squads across that rapid river, paddling desperately across a very fast current, and I did so three times. We lost many comrades in drownings. I received my second Bronze Star for valor for that action. We met up with the Russians in May. My next campaign has been my marriage for almost 67 years!” 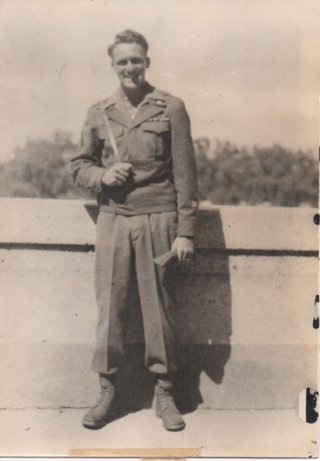 Lester in Paris after the war Today the living veterans of World War II, in their 80s and 90s, are a small percentage of the 16 million who served. But every year National Memorial Day Concert producers receive many moving letters in tribute to family members who served — reminders of the generations of military families forever altered by the effects of this war.

I recently lost my dad, Arthur A. Christiansen, at age 94. He served with the Army Air Corps and was a POW. He [was buried] at Arlington National Cemetery [last] July, with full military honors. He was so proud of his years of service, as was his entire family. He kept most of the details of his service to himself, but the experiences he had made him the strong and energetic person he was. He always told me, during tough times, that "This too shall pass." Words, no doubt, that sustained him during his very long and successful life, and words that now help me.