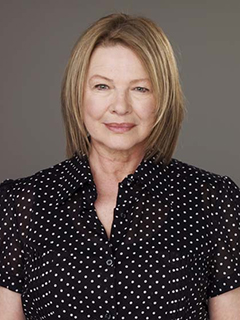 Over the years, Wiest has given memorable performances in films such as Charlie Kaufman’s Synecdoche, New York; A Guide to Recognizing Your Saints; Hannah and Her Sisters, for which she won an Oscar; The Purple Rose of Cairo; Radio Days; September; Bullets Over Broadway, which garnered another Oscar; Parenthood, earning an Oscar nomination; Rabbit Hole; Footloose; Edward Scissorhands; and The Birdcage.

Wiest also received Emmy Awards for her performances in The Road to Avonlea and the HBO series In Treatment.

On the stage, Wiest was most recently seen in The Cherry Orchard at Classic Stage Company and, before that, Arthur Miller’s All My Sons on Broadway. Other New York theater appearances include The Seagull at Classic Stage Company, Third, Memory House, Salome and Oedipus with Al Pacino, The Shawl, Hunting Cockroaches, After the Fall, Beyond Therapy and The Art of Dining.