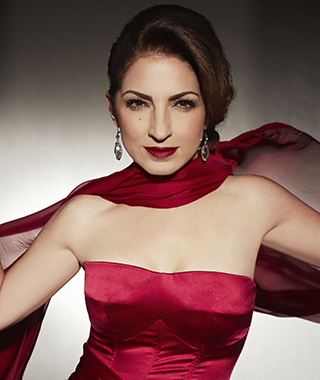 International superstar Gloria Estefan is a Grammy Award-winning singer, actress, songwriter, author of two New York Times best-selling children’s books, philanthropist and humanitarian. She is considered one of the world’s most recognizable and beloved performers. Billboard Magazine considers her the single most successful Latin crossover artist in music history.

Having sold over 100 million records worldwide, Gloria along with her husband Emilio, are successful entrepreneurs owning and operating several businesses, which include a globally recognized music publishing company and a hospitality division that includes seven restaurants (Bongos Cuban Café, a Cuban-themed restaurant, in downtown Miami, South Beach, and Downtown Disney Orlando, and in Hollywood at the Seminole Hard Rock Hotel & Casino) and two hotels (the Cardozo Hotel on South Beach and Costa d’este Beach Resort in Vero Beach). The Estefans are also the first Cuban American couple to own a minority share in a major NFL franchise, the Miami Dolphins.

She’s been awarded with seven Grammy Awards, an Oscar nomination for her performance of the song “Music of My Heart,” a star on the Hollywood Walk of Fame, an American Music Award for Lifetime Achievement, induction into the Songwriters Hall of Fame, an Ellis Island Medal of Honor, a Humanitarian Award from the St. Jude Hospital for Children, a National Artistic Achievement Award from the U.S. Congress, and a Presidential appointment as a public member of the U.S. delegation to the 47th General Assembly of the United Nations, among others. She is the founder of the Gloria Estefan Foundation, whose mission is to support charitable programs for disadvantaged children and empower young people through education and opportunity. The foundation also supports spinal cord research through the Miami Project to Cure Paralysis.