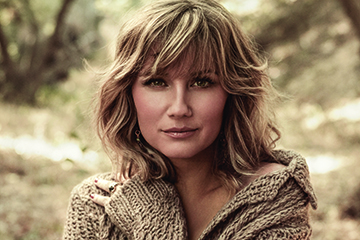 Jennifer Nettles Jennifer Nettles, lead vocalist for international super duo Sugarland, has become one of the most popular singer-songwriters in music today. Since Sugarland exploded onto the music scene in 2004, they have worldwide sales of over 22 million albums and singles to date, have achieved eight No.1 singles and have won numerous awards from the Grammys, AMAs, ACM Awards, CMT Music Awards and CMA Awards. Nettles has won five ASCAP awards for her songwriting abilities and, in 2008, individually received a Grammy Award, ACM Award and CMA Award for penning the emotionally charged, platinum selling, No. 1 hit Stay.

At the 2009 ACM Awards, Nettles was honored with the Crystal Milestone Award for being the first woman since 1972 to be the solo songwriter on an ACM Song of the Year. Nettles has been seen all over the media spectrum, with performances ranging from President Barack Obama’s inauguration celebration to Oprah, Good Morning America, Ellen, The Tonight Show with Jay Leno and CNN Heroes, among others. Her fans have grown to expect Nettles to deliver memorable, heartfelt performances both individually and with surprise duet partners. At the 2007 AMAs, Beyonce joined Sugarland on stage for a countrified version of her hit single Irreplaceable.

Two years later, at the Kennedy Center Honors, Nettles paid tribute to icon Bruce Springsteen, covering Glory Days and I’m On Fire with Ben Harper. In 2010, Nettles, Katy Perry and Keri Hilson opened VH1 Divas: Salute The Troops with a playful and sexy reprise of the World War II era hit Boogie Woogie Bugle Boy, and most recently Nettles treated fans to a show-stopping performance of You and I with Lady Gaga at the 2011 Grammy Nominations Live concert.Nettles and her Sugarland partner Kristian Bush have performed in numerous European countries and have headlined multiple U.S. tours to sold-out venues across the country.