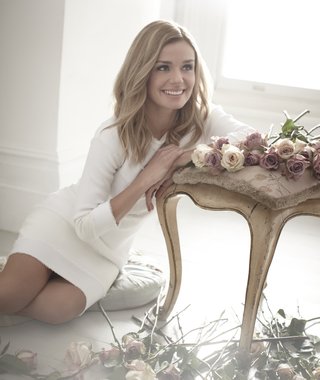 Katherine Jenkins is the world’s most prolific classical crossover artist as well as a member of the National Memorial Day Concert family, with her return appearances welcomed each year.

Last year saw the release of her tenth studio album, Home Sweet Home. In 2003, when she was 23 years old, she signed the biggest-ever recording contract for a classical artist with Decca; she has since become the premiere ambassador bringing classical music to a mainstream audience. She is cherished as one of Britain’s favorite singers, equally at home performing in her homeland, Wales, and on international TV shows such as The X Factor.

Her stratospheric rise made Katherine the fastest-selling mezzo-soprano ever. To date, she has received numerous accolades for her recordings and all of her albums, which have sold in excess of eight million copies and gone platinum around the world.

Over the past decade the Welsh mezzo-soprano has gone from being a schoolteacher to touring the world and becoming a favorite of royalty and politicians. In July 2013, Katherine was appointed by the Queen to headline the Queen’s Coronation Festival at Buckingham Palace. Her singing partners have been equally legendary, including Andrea Bocelli, Placido Domingo, and José Carreras, to name a few.

This engagingly down-to-earth woman—classically trained, and for whom singing had been a lifelong passion since first learning in church—admits she still has to pinch herself.

“I honestly never thought I would have one year in the business, never mind ten! So it’s all come together in the most amazing way.”

One thing that has worked uniquely in her favor is the change in her already remarkable voice over the last ten years.

“Without a shadow of a doubt! It’s richer, deeper, stronger—all of those things. When you’re a mezzo-soprano, your voice is one of the later voices to develop,” she explains. “I went to the Royal Academy when I was 18. And I really should have possibly waited a couple of years, because I was so much further behind everybody else, because the voice does take longer to develop. So I’ve been lucky that I’ve gotten control of my voice from 23 to now. You can hear the difference. It’s a fuller, bigger, richer sound. I’d say my voice has settled much more into the mezzo range. Not to take away from the first few albums. But it’s just nature.”

This marathon runner is in the best shape of her life. Particularly since she appeared on Dancing with the Stars in 2012 (she placed second), Jenkins has been at peak fitness.

“And if you’re strong, because your voice is your instrument, it’s only going to help you. So being fit helps my mind and it helps my body.”

“The best thing,” she says, “is going out to places like Afghanistan and Iraq and seeing those servicemen and -women at their best. I just feel really lucky to be there and to be able to sing for them, and hopefully give them a little reminder of home. And it’s been life-changing for me.”

Katherine Jenkins has recently finished traveling far and near, on her full concert tour in the company of the National Symphony Orchestra, her touring orchestra for much of the last decade.

“I feel like I’m getting this creative energy and encouragement from everyone. It’s all come full circle,” Katherine Jenkins says, “and it’s really nice.”