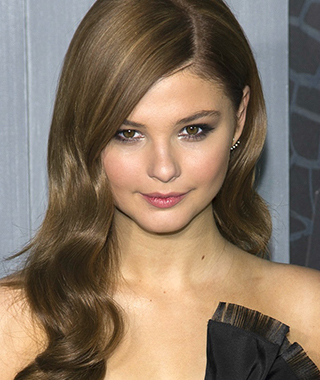 Nurturing an impressive body of work that encompasses film and television, Stefanie Scott is one of Hollywood’s most promising young talents. She recently wrapped production on an independent drama, Life at These Speeds, alongside Liana Liberato, Melanie Lynskey, and Billy Crudup,and a starring role opposite Anna Camp and Sam Page in the independent thriller Caught, whichwill premiere this June at the Los Angeles Film Festival in their new competitive section, Nightfall, showcasing genre films. Scott will soon begin production on Voltage Film’s revenge thriller I.T., opposite Pierce Bronson. The film, which is being directed by John Moore (A Good Day to Die Hard), follows Mike Ryan (Bronson) a successful book publisher who finds himself pitted against a disgruntled young I.T. consultant who is tech savvy and uses that to threaten the publisher’s family, including his social networking addict daughter Kaitlyn (Scott), and livelihood. The film begins production in June in Ireland.

Scott will next be seen as the lead in Focus Features and Blumhouse Productions’ Insidious: Chapter 3, the third installment to the hit horror film franchise. The film, which serves as prequel set before the haunting of the Lambert Family, hits theaters on June 5, 2015. This fall, she will star as Kimber Benton” the band’s lead keyboardist, in Universal Pictures’ highly anticipated feature film Jem and the Holograms. Based on Hasbro’s cult 1980s animated series, the musical fantasy, directed by Jon Chu and produced by Scooter Braun, reimagines Jem amid the current hyperlinked social media era in a story of a small-town girl going from underground video sensation to global superstar with her three sisters. In addition to starring, Scott will also bring her singing and harmonies to the soundtrack. Jem and the Holograms will hit theaters October 23, 2015.

Following her best known starring role as Lexi Reed on Disney Channel’s A.N.T. Farm, Scott segued into a guest arc on NBC’s long-running series Law & Order: SVU and a series regular part in the CBS/Nikki Toscano pilot Red Zone. Her other television credits include a lead role in the Disney Channel original movie Frenemies, alongside Bella Thorne and Zendaya, and guest-starring roles on Jessie, The New Adventures of Old Christine, and Chuck. On the big screen, Scott has lent her voice to the Oscar-nominated animated adventure Wreck-It Ralph; starred in Rob Reiner’s Flipped, based on the novel by Wendelin Van Draanen; and co-starred as young Emma to Natalie Portman’s Emma in Paramount Pictures’ No Strings Attached.