On April 18, 1942, just four months after Japan’s surprise attack on Pearl Harbor, 16 B-25 bombers took off from the USS Hornet, an aircraft carrier positioned in the middle of the Pacific Ocean, on a top-secret mission. Their destination: Tokyo.

Led by famed airman Lieutenant Colonel James “Jimmy” Doolittle, this daring raid had numerous objectives, including persuading the Japanese high command that its home islands were not invulnerable to American attack. However, foremost on the minds of most airmen was payback; pilots and their crews were eager to bomb the capital of the country that had plunged the United States into World War II, and provide a much-needed morale boost to the American home front.

The Tokyo Raid, or Doolittle Raid, was beset with numerous obstacles; among them was the fact the bombers would be forced to get airborne using only the 450 feet available on the aircraft carrier’s deck. On land, B-25s required a minimum of 1,200 feet of runway. To counter the problem, airmen gutted their crafts of any unnecessary weight, including navigational equipment and certain guns. The greatest variable, however, would be the lack of fuel required for the B-25s to return to their aircraft carrier. After the raid was complete, and payloads had been dropped on their intended targets, the bombers were ordered to proceed west until their planes ran out of fuel and crash-land in Japanese-occupied China.

Although given the option to withdraw before the start of the risky mission, none of the 80 airmen bowed out. 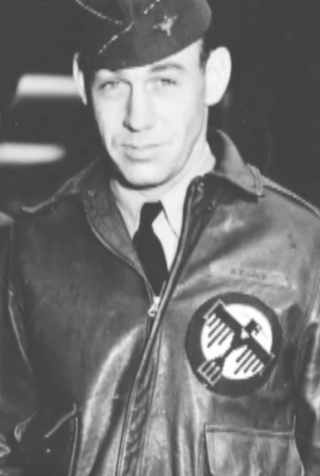 Colonel Richard Cole Colonel Richard “Dick” Cole, Doolittle’s co-pilot during the momentous raid that bears his name, is the sole surviving veteran of a group forever known to history as the Doolittle Raiders. This year, with 101-year-old Cole in attendance, the National Memorial Day Concert will document Cole’s harrowing journey, celebrate the 75th anniversary of the Doolittle Raid and commemorate the service and sacrifice of the Greatest Generation.

Cole is just one of over 16 million Americans who served in World War II. Sadly, only 600,000 veterans from the Greatest Generation are still alive today; the Department of Veterans Affairs estimates that 372 pass away each day. More important now than ever is recording the oral histories of living World War II veterans, a focal point for the National World War II Museum in New Orleans, Louisiana.

The National Memorial Day Concert’s longtime co-host, Gary Sinise, recently partnered with the National World War II Museum to create Soaring Valor, which aims to document oral histories from members of America’s Greatest Generation and share them with the world. For World War II veterans unable to travel to New Orleans, Soaring Valor will send a historian to conduct interviews in the comfort of their own homes.