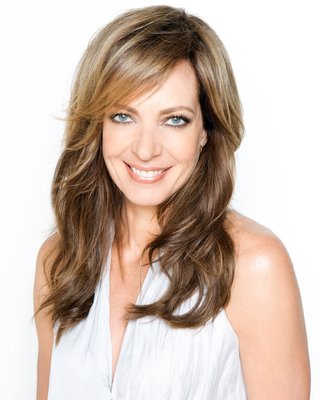 Allison Janney swept the 2018 awards season with an Academy Award, BAFTA, Golden Globe, Critics’ Choice and SAG Award for her acclaimed portrayal of LaVona Golden, the sharp-tongued mother of Tonya Harding in “I, Tonya.”

Other recent movies include “Tallulah,” which reunited her with her “Juno” co-star Ellen Page; “Miss Peregrine’s Home for Peculiar Children” marked her first time working with director Tim Burton and “The Girl On the Train” saw her collaborating again with longtime friend, director Tate Taylor. She also appeared in two of the previous summer’s biggest box office titles: the animated “Minions” and “Spy” with Melissa McCarthy.

Additionally, she co-starred in “The Help,” based on the best-selling novel of the same name. For their extraordinary performances, the cast won Ensemble awards from the Hollywood Film Awards, Screen Actors Guild, National Board of Review and the Broadcast Film Critics. The film was also nominated for an Academy Award for Best Picture. Janney has delighted audiences with outstanding performances in the Oscar-nominated ensemble “Juno” and in the movie version of the Tony Award winning play “Hairspray,” which was also awarded Best Ensemble from the Hollywood Film Awards. She was nominated for Best Supporting Actress by the Independent Spirit Awards for her role in Todd Solondz's film “Life During Wartime.” She also co-starred in “The Way, Way Back” with Steve Carell, opposite Meryl Streep in “The Hours,” which received a SAG Award nomination for Outstanding Ensemble Cast in a Motion Picture and appeared in the Academy Award-winning film “American Beauty” (for which she won a SAG Award for Outstanding Ensemble Cast in a Motion Picture).

Janney presently stars alongside Anna Faris in the CBS/Chuck Lorre hit comedy “Mom.” Critics also applauded her turn as Margaret Scully on Showtime’s groundbreaking drama “Masters of Sex.” Janney won Emmys for both roles in the same year, a rare feat in Emmy history. She won a second Emmy for “Mom” the following year, bringing her total number of ATAS statues to seven. She is renowned for her starring role in the acclaimed NBC series “The West Wing,” for which she won a remarkable four Emmy Awards and four SAG Awards for her portrayal of White House Press Secretary C.J. Cregg. In addition, she was recently honored with a star on the Hollywood Walk of Fame.

While a freshman studying acting at Kenyon College in Ohio, Janney auditioned for a play that Paul Newman was directing and got the part. Soon after, Newman and his wife Joanne Woodward suggested she study at the Neighborhood Playhouse in New York. She followed their advice and went on to make her Broadway debut in Noel Coward’s “Present Laughter” for which she earned the Outer Critics Circle Award and Clarence Derwent Award. She also appeared in Arthur Miller’s "A View from the Bridge," receiving her first Tony Award nomination and winning the Outer Critics Circle Award, as well as the musical "9 to 5," for which she earned a Tony nomination and won the Drama Desk Award. Janney made her return to Broadway last year in the revival of John Guare’s “Six Degrees of Separation” taking on the title role of ‘Ouisa’ alongside John Benjamin Hickey and Corey Hawkins.