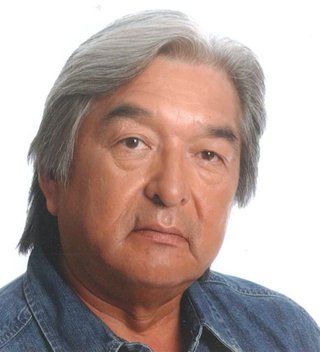 GRAHAM GREENE was born at Ohsweken, Ontario, Canada, June 22, 1952. After working at several jobs, which included, draughting, high steel work, welding, carpentry and audio engineering, he took up acting. He traveled to England and South America where he performed in, and taught theatre. His many stage credits include THE CRACKWALKER, JESSICA, HISTORY OF THE VILLAGE OF THE SMALL HUTS, and DY LIPS OUGHTTA MOVE TO KAPUSKASKING for which GREENE won the Dora Mavor Moore Award for Best Actor.

GREENE then co-starred in DANCES WITH WOLVES, which garnered an Oscar nomination. Since then his many film credits include, DIE HARD WITH AVENGENCE, NORTH, GREEN MILE, MAVERICK, and SNOW DOGS.

Among his many television credits include are, EXHIBIT A, ROCKET SCIENCE, WOLF LAKE, THE RED GREEN SHOW, NORTH OF SIXTY, and DUDLEY THE DRAGON, which awarded GREENE two Gemini Awards.

GREENE was also the recipient of several Best Actor Awards for his roles in SKINS, THE EDUCATION OF LITTLE TREE, and NORTHERN EXPOSURE, at the First Americans in the Arts Film Awards, as well as Best Actor at the Japan Film Festival for SKINS, and a Grammy for his narration work with Winton Marsalis and Kate Winslet in LISTEN TO THE STORY TELLER.

GREENE resides outside Toronto with his wife, Hilary and a small army of cats where he continues to write, build boats, and continue working in the entertainment industry.

GREENE received the Order of Canada in 2016.