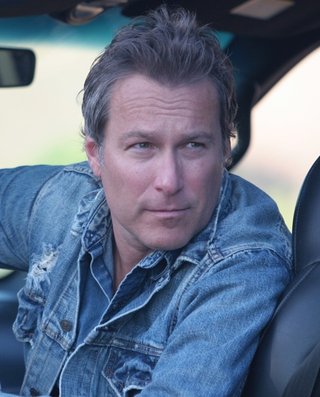 John Corbett starred as Ian Miller in “My Big Fat Greek Wedding,” one of the highest grossing independent films of all time. He also reprised his role in the long-awaited sequel. He is best known as the sexy Aidan Shaw playing opposite Sarah Jessica Parker in HBO’s “Sex & the City,” in which he was a Golden Globes nominee in 2002. He reprised his role in “Sex & the City 2.” Corbett also received Emmy and Golden Globe nominations for his work on the CBS series “Northern Exposure.” He also starred opposite Denis Leary in the FX series “Sex&Drugs&Rock&Roll."

Corbett’s recent films include “All Saints”, “The Boy Next Door” with Jennifer Lopez,  “Street Kings” with Keanu Reeves and Forest Whitaker, “The Burning Plain” with Charlize Theron, the Sony feature “The Messengers” directed by Danny and Oxide Pang, and Fox 2000’s “Ramona and Beezus.”

Born and raised in West Virginia, Corbett moved out to California to find work in a steel factory. He worked there for six years until an injury forced him to stop. Concurrently, Corbett was attending the local city college and decided to sit in on a friend's drama class. While watching class, he was invited on stage for an exercise and became captivated with the craft. He acted in several college theater productions in which his drama teacher recognized his talent and encouraged him to pursue Hollywood.

Corbett can also be seen at shows across the country with his band.