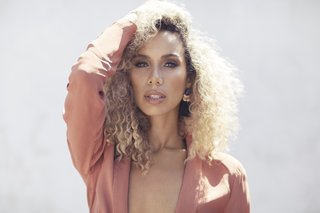 The British singing sensation has sold over 20 million records worldwide and reached #1 in over 35 countries with her hit single “Bleeding Love.” A vocal powerhouse who is renowned for her vocal range and ability, Lewis is a 3-time GRAMMY Award nominee, 7 -time BRIT Award nominee, MTV VMA and World Music Award winner and has been nominated for MTV EMAs and Billboard Music Awards. Lewis became the first British female solo artist to top the U.S. Billboard 200 album chart in more than 20 years with her debut album “Spirit.”

In 2014 she re-teamed with “Echo” producer and collaborator Toby Gad (John Legend, Beyoncé) to create her fifth and most personal full-length album. “I Am. I Am” is as confessional as it is catchy, featuring a special collaboration with Grammy Award-winning artist Diane Warren and highlights powerful, upbeat anthems and incredible emotional ballads, all demonstrating Lewis’s striking, almost ethereal vocal range. Her third U.K. Tour “I Am” wrapped in March 2016 to rave reviews. It showcased her raw talent as a performer along with her famous powerhouse vocals.

2016 saw Lewis nominated for a CMT Award, and she was recognized with the Music Pioneer Award at the United Nations Women’s Entrepreneurship Day. Recently, Lewis made her Broadway debut in Andrew Lloyd Webber’s “Cats” playing the highly prestigious role of Grizabella, performing the world famous song “Memory.”

Currently Lewis is back in the studio recording and released a duet with Calum Scott of “You Are the Reason” in February 2018.