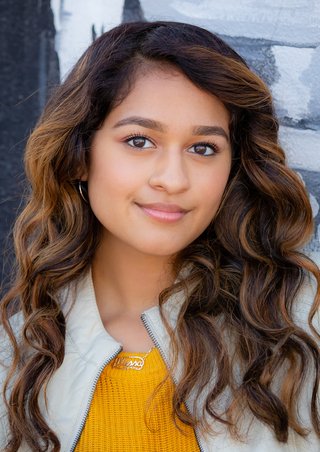 Alyssa Raghu is an American singer/songwriter from Orlando, Florida who recently took her talents to the stage for American Idol (2018) and American Idol (2019). She was voted by America into the Top 8 and was a favorite of Katy Perry. She wowed audiences with her soft yet powerful tone and breathtaking vocals. Alyssa is the first contestant in American Idol history to become a semifinalist twice in two separate years, as well as the only person to be a semifinalist in one year and a finalist in another.

Alyssa Raghu favors pop music but is flexible in her repertoire. She has been singing her entire life and knew from age 11 that she wanted to pursue a professional career in music. She flourished in the musical chorus programs of both her middle school and high school. She became heavily involved in acting and theater at Lake Nona High School where she was nominated for an Applause Award for her role as Nina Rosario in the high school interpretation of Lin Manual Miranda’s “In the Heights”.

Through her charitable performances, Alyssa’s philanthropic work has helped raise funds for organizations that help women and children prosper as well as for the hurricane victims in Puerto Rico. She performs at fundraisers for military veterans and champions events that help children living with disabilities and illnesses. Alyssa Raghu was also holds the position as Chair of the Global Citizen Committee for the World Heritage Cultural Center which promotes cultural awareness through Dance, Music & the Arts. Alyssa plans to continue to use her platform to create positive change for those in need. She truly believes music can bring us all closer together. Alyssa is currently working on her debut album.