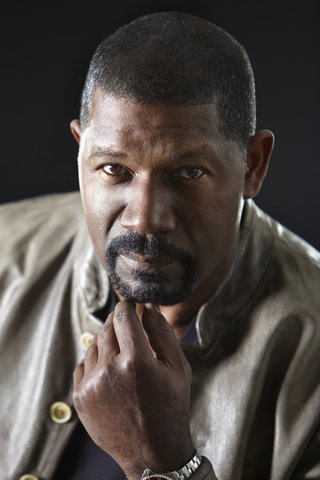 Dennis Haysbert captured the attention of audiences and critics alike with his groundbreaking role as President David Palmer on FOX’s hit series “24,” for which he received his first Golden Globe nomination, and two Screen Actor Guild nominations. He starred in the CBS series “The Unit,” which continues to be an iconic and culturally relevant television show.

Haysbert’s recent projects include Fox 2000’s “Breakthrough,” the faith-based drama based on the true story of Joyce Smith’s account of her son’s miraculous recovery detailed in her novel The Impossible: The Miraculous Story of a Mother’s Faith and Her Child’s Resurrection.

In 2015 Haysbert was given the honor of becoming the newest voice of NBC News’ “Meet The Press.”

Haysbert is a third-party advocate for Allstate Insurance Co. and has appeared in commercials for the company since 2003.

Born and raised in Northern California, Haysbert began acting with a television role on an episode of the Emmy-winning “Lou Grant.”

He is active in the fight against AIDS and in 2000 was spokesperson for the Harlem Health Expo “Break the Silence” as well as The Western Center on Law and Poverty. He has done many USO tours, most recently in Italy, Germany, Southwest Asia, Afghanistan, and aboard a Naval Ship.