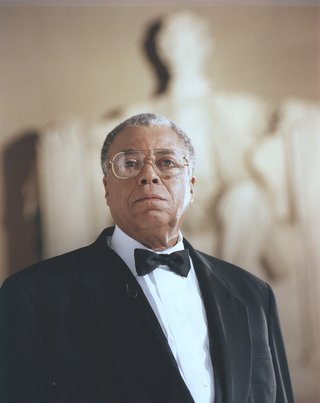 “This is just about being an American and understanding that there were hundreds of thousands of Americans who sacrificed their lives over the many conflicts we had to fight, so we can have holidays like Memorial Day.”

For 30 years, we have gathered to share our stories and honor our fallen soldiers, veterans, service members and their families -- in what has become a memorial service for our entire nation on the National Memorial Day Concert.

Over the years, we have been privileged to feature a wide range of artists who have dedicated themselves to creating moving tributes to all our service members. The National Memorial Day Concert family has become a true community of support for our troops, reaching out to soldiers, veterans and their families to let them know we care.

See what some of the stars of the National Memorial Day Concert have said about their experience and share your favorite moments on social media using #MemDayPBS. 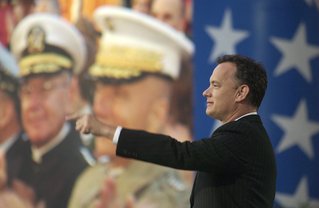 “I've rarely in my life felt the level of passion and emotion that there is in this celebration. To tell the stories of true heroes is an incredibly moving experience. My father is a Marine and I deeply appreciate what this show does to shine a light on military service.”

“For me, hosting the National Memorial Day Concert is a spiritual exercise. The value lies in the reminder of what wars are and what they cost in human terms. We appreciate our heritage a little bit more when we start to consider what it means and what people have paid for it.” 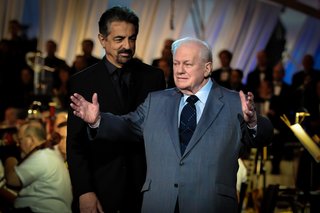 Joe Mantegna and Charles Durning“I am honored to be a part of this community -- almost a family by now -- who come each year to share, through music, song and personal remembrances, in the stories of those who died; of those who still struggle with the wounds of war; and of their families who have supported and loved them.”

“Participating in the Memorial Day concert was by far the most moving day of my life, first reading Bill Rider’s story then accidentally finding a friends name on the Vietnam Nam vets wall. I think of the whole experience every day.”

“It was a honor performing at the National Memorial Day Concert in 2008 to pay tribute to the men and women who have sacrificed their lives for our country. It was a celebration of life, freedom and unity. I'm so thankful to be part of the history of this great celebration.”

“The concert salutes our brave men and women in the Armed Forces both fallen and active as well as their families. It celebrates their contribution, their dedication, their passion and their heroism. Congratulations to PBS for 30 years of recognizing the extraordinary contributions of our gallant men and women.”

“It was an absolute honor and privilege to share the story of Medal of Honor recipient Hiroshi "Hershey" Miyamura and his dearest friend Joe Annello, may he rest in peace, at the National Memorial Day Concert. I am blessed to have met these heroes and share their valor with many. I will forever remember and am eternally grateful for their sacrifice and all who have served.” 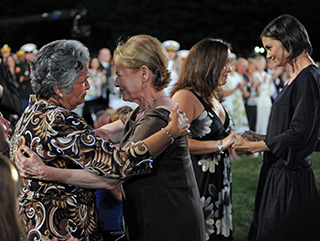 Dianne Wiest and Katie Holmes with honorees“It’s important to tell these stories and honor the sacrifice and service of these men and women and their families. It’s a real gift to be able to portray an American of such strength.”

“I was in the show on the 80th anniversary of World War One and there were veterans of that war in attendance. Meeting them was a thrill and a lasting memory. It rained very hard. It poured nonstop and they were thinking of canceling our number and I said to the producer, Jerry Colbert, that if the world war one guys could fight in trenches in the mud, we could certainly dance in the rain. And so we did.”

“I’ve had the honor of performing on the National Memorial Day Concert a couple of times and each time the experience has been transcendent. It has meant so much to be able to pay tribute to those who have sacrificed their lives for our freedom and to always remember.”

“Being a part of the Memorial Day concert changed my view of the day forever. It was such a beautiful and important reminder that it’s not simply a “day off” to barbecue. It is a day to remember the service people who gave their lives for the freedoms we enjoy on a daily basis.”

“It was an honor to tell the story of the last surviving member of Doolittle’s Raiders, Lt. Col. Richard Cole, certainly a highlight in my career!”