SGT Ray Lambert reflects on his service as a medic during WWII.

2019 marked the 75th anniversary of D-Day, the single most pivotal day in World War II. In the early hours of June 6, 1944, Allied forces launched the greatest combination of sea, land and air power in history headed for Normandy. Overhead, twelve hundred planes launched an airborne assault, preparing five thousand ships to land on the beaches. It was an all-or-nothing mission. Out of the 160,000 troops and 13,000 paratroopers who landed on D-Day, 73,000 were Americans. Five thousand died on the beaches, most in the first few hours. Among those landing on the beaches of Normandy was SGT Ray Lambert. As a medic in the 1st Infantry Division, SGT Lambert participated in some of the fiercest battles of World War II from North Africa to Sicily. Before landing in the first wave at Omaha Beach, SGT Lambert had already been awarded two Silver Stars for bravery and three Purple Hearts.

“Every man who came through that machine gun fire and landed on Omaha Beach, every man was a hero. I say a prayer every night for the wives and children of the guys we left over there.” 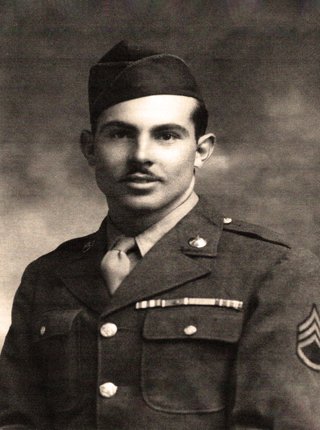 SGT Ray Lambert The 2019 National Memorial Day Concert shared SGT Ray Lambert’s story of bravery and paid tribute to the heroes who sacrificed and died in service to our nation and the world.

SGT Lambert is just one of over 16 million Americans who served in World War II. Sadly, only 600,000 veterans from the Greatest Generation are still alive today; the Department of Veterans Affairs estimates that 372 pass away each day. It is more important than ever to honor and preserve their stories. To learn more and to hear the stories of those who served in World War II, visit the National World War II Museum in New Orleans.

To learn more about D-Day and to pay tribute to those who landed on the beaches, visit the National D-Day Memorial in Bedford, VA.