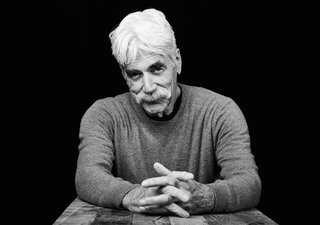 Sam Elliott’s iconic career began with a bit part in the classic film Butch Cassidy and the Sundance Kid. He rose to stardom playing the lead in Paramount Pictures’ cult classic Lifeguard, and has since built a career with many memorable and iconic film and television roles.

Elliott was nominated for an Academy Award, a SAG Award, a Critics’ Choice Award and won a National Board of Review Award for his performance in Warner Bros.’ remake of A Star is Born alongside Lady Gaga and Bradley Cooper. Elliott was next seen in the CGI and live-action remake of Disney’s animation feature Lady and the Tramp. On television, Elliott stars opposite Ashton Kutcher in the hit Netflix comedy series The Ranch.

Elliott’s long list of notable film work includes The Hero, The Man Who Killed Hitler and then the Bigfoot, I’ll See You in My Dreams, Mask, Fatal Beauty, Road House, Rush, Gettysburg, Tombstone, The Big Lebowski, The Hi-Lo Country, The Contender, We Were Soldiers, Off the Map, Hulk, Thank You for Smoking, Barnyard, Ghost Rider, The Golden Compass, Up in the Air, Did You Hear About the Morgans?, Marmaduke, The Company You Keep, Draft Day, Digging for Fire, Grandma, The Good Dinosaur and Rock Dog.

Elliott’s television credits include a recurring role on the hit FX series Justified, for which he won a 2015 Critics’ Choice Award, Netflix’s Grace and Frankie, and the NBC comedy Parks and Recreation. He was nominated for an Emmy and a Golden Globe for his role in the 1995 CBS miniseries Buffalo Girls. Other television movie credits include Avenger, You Know My Name, Conagher (for which he was nominated for a Golden Globe) and The Quick and the Dead. In 2013, he was nominated for an Emmy Award for Outstanding Voice-Over Performance for his work on the popular Cartoon Network series Robot Chicken.